“Across the board the EHS teachers are the best pilates teachers I have found. I am so glad that EHS continues to focus on pilates fundamentals even in their most advanced classes. If you are interested in learning more about your core or want to really understand what pilates is all about, GO TO EHS!!” 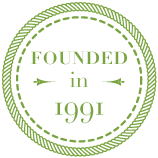 Founded in 1991 By Ellie Herman, world-renowned Master Instructor and Author. Ellie designed one of the 1st Teacher Training Programs in California and still teaches her program in 3 Pilates Studios in Brooklyn, NY. The Studio first opened in the Old Sears building on Cesar Chavez (formally Army Street)

In 2002, the Studio relocated a block away to Valencia Street in the Historic Greenblatt Machine shop becoming the largest Balanced Body Equipment Show Room in the Bay Area, proudly featuring many generations of equipment.

EIn 2009, EHS Partnered with Balanced Body to provide globally branded Teacher Training. This partnership has resulted in many wonderful new Pilates Instructors in San Francisco and beyond.

In 2016, Tracey became the sole owner of EHS while Nancy remains deeply involved with EHS, as its Education Director and rehabilitation advisor, as well as head of the Foot and Gait department.

EHS is now a San Francisco Legacy business in the Mission neighborhood we have called home for 20+ years!